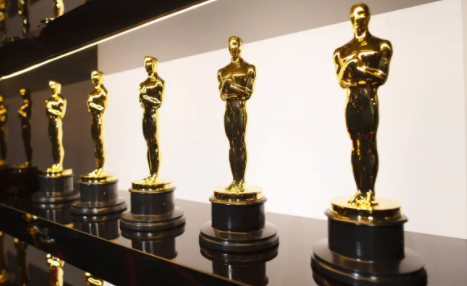 Between early February and late March, the biggest names in Hollywood get ready for the showdown of the year The Academy Awards. They clear their Sunday, secure stylists and dates, and walk the red carpet, trying to hide their nerves through fake smiles. The attendees sit at overpriced tables as they wait in anticipation for one film to beat out the rest.

Supposedly, the best of the best are in attendance. But are the attendees really the best? Or are they simply a Coppala?

The ceremony’s guest list is often repetitive, with the same types of films getting a seat at the table. The bland biopic, the weak white savior, the mystifying metaphorical one no one understands, the usually diverse and delightful film about family, the marvelous musical, the favored foreign film (that never wins) and the occasional franchise film that flabbergasts the minds of pretentious film critics. Like every other year, the best picture nominees for the 94th Academy Awards ceremony are not different in the slightest.

The Academy of Motion Picture Arts and Sciences has an annoying habit of awarding white mediocrity. Almost annually, the Academy nominates white washed films, with one diverse one to make the 94% of white Academy voters feel better about the horrid lack of diversity in their own community. One of the Academy’s most recent controversies was awarding Green Book (a painfully average white savior movie) best picture. Stacked up against it were revolutionary films such as BlacKkKlansman, Black Panther and Roma. Films as artistic as these are often beaten out by basic biopics and watered down political films. 2018’s highly praised If Beale Street Could Talk was practically shut out at the awards ceremony that year, yet the spineless film on a bigots redemption was awarded with one of the highest honors a film can receive.

Seeing a film as unimaginative as Green Book win over the innovative dark comedy of BlacKkKlansman can discourage young filmmakers, especially filmmakers of color. In the Academy’s 94 year history, no black person has ever won best director. Very few non-white directors have ever even been nominated. According to a study done by Insider, 89% of Oscar nominations go to white people, and 71.1% of the nominations go to men. When people of color are lucky enough to be nominated, they are normally beaten out or only win best supporting awards. For example, last year’s Best Actor category was stacked with talent, and more specifically, stacked with firsts. Steven Yuen became the first and only Asian American actor to ever be nominated for Best Actor, Chadwick Boseman received his first Oscar nomination, and Riz Ahmed made history as the first Muslim Best Actor nominee. Yet all of this history was beaten out by the previous Oscar winner, Anthony Hopkins. Anthony Hopkins gave a great performance, however, many couldn’t help but feel upset as he won his second Academy Award-especially after the death of Chadwick Boseman.

In 2013, the Academy of Motion Picture Arts and Sciences announced that they would be expanding their membership quota in hopes of diversifying the current Oscar voters. Fast forward to 2021, when the Academy assembled 819 creatives to join the institution. The list included Zendaya, Oscar Isaac, Ana De Armas, and Awkwafina. Even with the increased membership quota, the for life club is still majorly unbalanced. With 9,900 plus members, viewers can’t help but wonder; how such a prestigious, exclusive association can nominate practically the same films time and time again?

The Oscars’ viewership was at an all time low last year. Could it be that the lack of diversity is leading to an increase of disinterest? One could hope that this newfound detachment towards the Academy Awards could lead to genuine change. Because, as we all know, money talks.