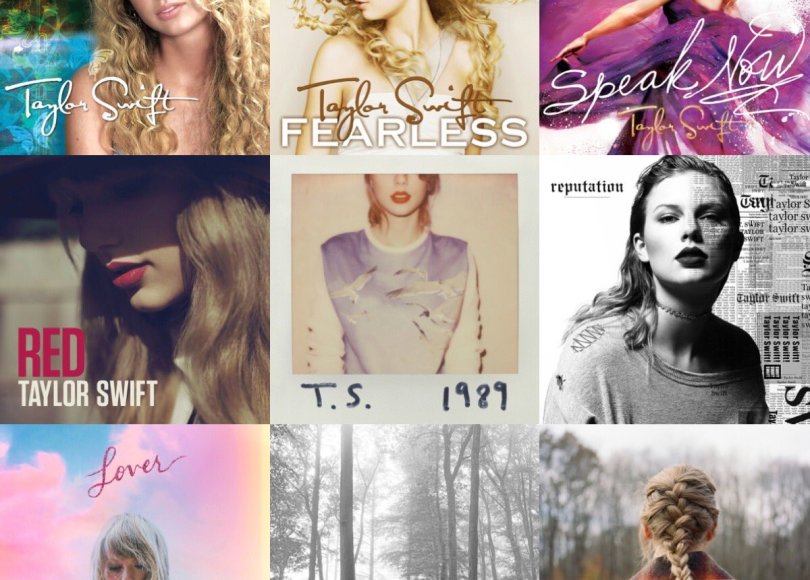 Few possess the sheer ambition of 12-year-old Taylor Swift, whose diary’s front page read: “My life, my career, my dream, my reality.” Determined to become a household name, Swift’s global relevance was prefaced by her country singer aspirations, which she chased with vigor. Her transformation from Tennessee sweetheart into A-listing pop-star has been an evolution reflected in her 9 albums, and while her sound has had many reincarnations, the therapeutic element evident in her songwriting has never faltered.

For this, she is praised by her fans– her highly expressive lyrics allow fans to form an emotional connection to Taylor that even surpasses her dynamic approach to genre and ever-changing sound. Swift’s non-conformity or lack of allegiance to a category does not appeal to everyone though, and over the past 15 years, she has accumulated a significant amount of haters, whether it be for her evolution, her library of breakup songs, or more personal flaws.

Swift has polarized the world of pop-culture. What do students have to say about her tumultuous career, and in what ways is the exploration of her music relevant to the student body?

“The swifties don’t just like her because of her genre of songs, but because of what she symbolizes and represents in the music industry,” shares an anonymous student.

Crowned Billboard’s “Woman of the Decade,” Swift has become a representative of innovative musical genius, and a feminist symbol to thousands. While her songs continue to resonate with women around the world, part of her prestigious title holds significance because of Swift’s business ability. Recently, she has been busy re-recording her first 6 albums to gain control of her masters and regain ownership of her music, labeling each record with “(Taylor’s Version)”. She is an advocate within the industry of the idea that artist’s should own their work so avidly, even admitting to the press that she’s considered running her own record label in an effort to bring justice to robbed creators.

“I think it sucks what the contract did to her, but it is even worse thinking about the fact that [artists not owning their own music] is common in the music industry, especially for women,” sophomore and fan Melanie Kniffen notes.

Swift’s thirst for justice bleeds into her new “All Too Well (10 minute version)” with a vengefulness and uncut emotion in her lyrics that was unseen in the original song.

“I get older, but your lovers stay my age”, “You said if we had been closer in age it would have been fine- and that made me want to die,” she sings, retrospectively questioning not the legality, but the morality of dating with an age gap.

“Now when I listen to the original version, it sounds weird,” Johnny Lynn, a self-proclaimed Swiftie, elaborates on the contrast between Taylor’s re-recordings.

Red (Taylor’s Version), was released on November 12th with the new “All Too Well (10 minute version),” officially the longest No.1 hit of all time. The previously “underground” song, once used to validate fans as true Swift connoisseurs, was cast in a spotlight when the album was released.

Lynn, a sophomore at New Paltz High School, is a long-time listener, who guiltlessly admits that Taylor was, in fact, his first celebrity crush. “Love Story,” a gawky teenage declaration of love and another one of Swift’s No.1 hit songs, was the first song he heard, and is still one of his favorites to this day. When questioned why, Lynn reckons with nostalgia;

“Well, I think I associate Taylor’s older music with where I was in life at its release,” Lynn says.

Her career having lasted as long as many of her fan’s lifetimes, it’s no surprise that Swift’s career is heavily reliant on nostalgic fans. Her music has an ability to transcend the laws of time and take us back to what life was like when her latest album ceaselessly played on the radio, and even spun in our CD players. Swift has grown up with her fans just as much as her fans have grown with her, and as a result, there is a bond resembling one of a lifelong friend–especially considering that the vulnerability in her lyrics corresponds to every stage in her life. This also means that her songs appeal to a variety of ages, and consequently preserves Swift as a generational star. Naturally, her catchy storylines and cherished songs become tied to personal memories with little invisible strings.

Senior Solo Diedhiou recalls her failed attempt to haggle chores with her mom: “ I remember saying to my mom I’d only take out the garbage if I could listen to “22”. I was like- 10.” While she isn’t a super fan like Lynn, Swift still summons memories of Diedhiou’s youth, and brings her back 7 years.

Not only do Swift’s fans get to reminisce on the early days of teenage dreams and heartbreak, but going through the freeing process of re-recording, Swift has also been able to reflect on a flood of memories through her journey with “Taylor’s Version”. Swift’s youthful, eager, frenzied vocals nailed the distinctly adolescent sensation of fantasizing over a new crush, while the older Swift conjures a sophisticated, amused wistfulness in re-recording Love Story. It’s as though the singer is reminiscing about crafting the song, fondly remembering her younger self’s melodramatic inclinations. She isn’t making an impassioned point; rather, she is fondly reliving a memory.

“She is an idol to so many people for a multitude of reasons” proclaims Melanie proudly. “From starting at a young age, to writing incredible lyrics, she shows females in the industry that you shouldn’t let yourself be pushed around- that you have a right, no matter what anyone tells you.”

In 2014 Swift’s title as woman of the year was the prelude to her eventual coronation as woman of the decade (as previously mentioned). Miss Swift strode up the stage to make what is now a renowned acceptance speech dedicated to future women who will follow graciously in her footsteps. Taylor voices to the audience that night., “Somewhere right now, your future woman of the year is probably sitting in a piano lesson or in a girls choir…and today, right now, we need to take care of her.” And as if Swift herself was Dr. Strange, she foretold the event of what happened only a short 5 years later. Presenting the Billboard women of the year award in 2019, Taylor reveals “an 11 year old girl in california really was taking piano lessons, and really was in a girls choir. And this year she has been named Women of the Year at the age of 17. Her name is Billie.”

One might say that instance was pure coincidence, but Taylor’s serene, protective aura is why so many females, not just in the industry, look up to her as a role model and as a guide through the menacing world women live in. Her music, like “The Man” from her seventh album Lover, is proof to women that they are capable of everything they aspire to achieve, regardless of obstacles like sexism.

“She has been through tragedy, whether it is from heartbreak or life in general,” conveys Melanie with a sigh of despondency. “But she always turns tragedy into something beautiful, and it shows people that there isn’t a limit to your capabilities.”

Not just through music, but through her vigor and grit when it comes to taking a stand, has proven to the world that women aren’t just dolls for men’s amusement. In 2013, DJ David Mueller put his hand up Taylor’s skirt during an encounter, and was outed in 2015, when Taylor later accused him. David Mueller filed a lawsuit against her for defamation, and she filed a countersuit alleging sexual assault, demanding $1. Because of the way women are horribly treated in the music industry, it was only out of fear that Taylor didn’t address Mueller sooner. “I did not want her to have to live through the endless memes and gifs that tabloid media and internet trolls decided to come up with and make her relive this awful moment over and over again,” says Andrea Swift, Taylor’s mother, on why she didn’t go to the police immediately.

Not only was Taylor’s victory in the sexual assault case an immense leap for women’s rights and the Me Too movement, but Taylor’s fearless, outspoken heart also advocated for the rights of many Tennessee women by pleading for people to vote in the 2018 Tennessee State election. More than 65,000 people registered to vote in the 24-hour period following her post on Instagram regarding why women should vote, denouncing republican Marsha Blackburn, who was opposed to basic human rights. Up until that point, Swift hadn’t mentioned anything in regards to politics in fear of being canceled. Growing up in the industry as a woman, she was told to keep her mouth shut, smile and look pretty. This breakthrough for Taylor was only the beginning when it came to standing up for what she believes in.

Throughout Swift’s career, she presents herself to the world as an independent, strong, courageous woman who never backs down from a challenge. We see these sentiments reflected on today’s youth, who are taking inspiration from her to never be defined by other’s words. She conquers sexism in the music industry, degrading comments, and sexual assault, all while creating timeless music that is considered, by many, to be as great as the Beatles. She gives people like Melanie Kniffen and Johnny Lynn from New Paltz High School someone to idolize and aspire to be. And for those reasons, Taylor Swift is a pure representation of never letting fears of obstacles stand in the way of becoming a pure symbol of hope and change for this world.