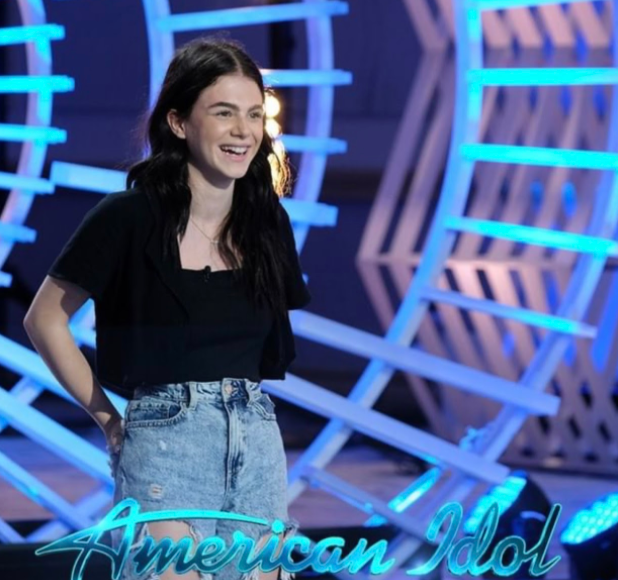 From a young age, every kid dreams of growing up and becoming a star–basking in the light of fame and success. For Laila Mach, this dream has become a shocking, unbelievable reality.

“It still doesn’t feel real,” Laila says. In late September, Laila began her rigorous American Idol journey. Virtual audition after virtual audition, yes after yes, Laila found herself with a plane ticket to San Diego, California, and the opportunity to audition in front of the stars she grew up with.

Laila was born and raised in New Paltz, New York. Since she was little she knew she loved to sing. Her parents, James and Sara, were quick to support her and her aspirations. Although she was never involved in the musical theater community, she actively participated in school talent shows along with other local events. In 2017, Laila released her first YouTube cover which inevitably blossomed into her first song “That’s Not My Place,” which now has over 13,000 streams on Spotify. Since then, Laila has released countless more songs and even an album entitled “Stuck On You.”

When she arrived in San Diego she, along with the rest of the cast, were put in a strict quarantine before they were able to enter the interview phase. “They stick you in front of a camera, they talk to you for a couple hours, and then they compile the best things you’ve said to use for the show,” Laila explains.

Then, after the copious amounts of interviews came the moment she had been dreading, her audition. When Laila walked on the stage, she was met by Katy Perry, Luke Bryan, and Lionel Richie, along with 160 other contestants all eager to experience the talent she possessed.

“I performed my piece but I was so genuinely scared that I walked out as soon as my performance was over; I didn’t even look at the judges afterward,” Laila explains. What Laila didn’t see after her first audition was the standing ovation she earned from her judges and surrounding peers.

Although Laila was at the top of her game, there were always the negative aspects of the show as well. “It really sucked seeing a lot of my friends that I made go home. I had gotten to meet all of these different people who loved the same things as me and it develops into a sort of family,” Laila says.

Even though her journey is over, Laila is overjoyed to have gotten to experience what very few have. To see the behind-the-scenes of Laila’s story and American Idol Journey, tune into ABC on March 7th at 8pm EST!