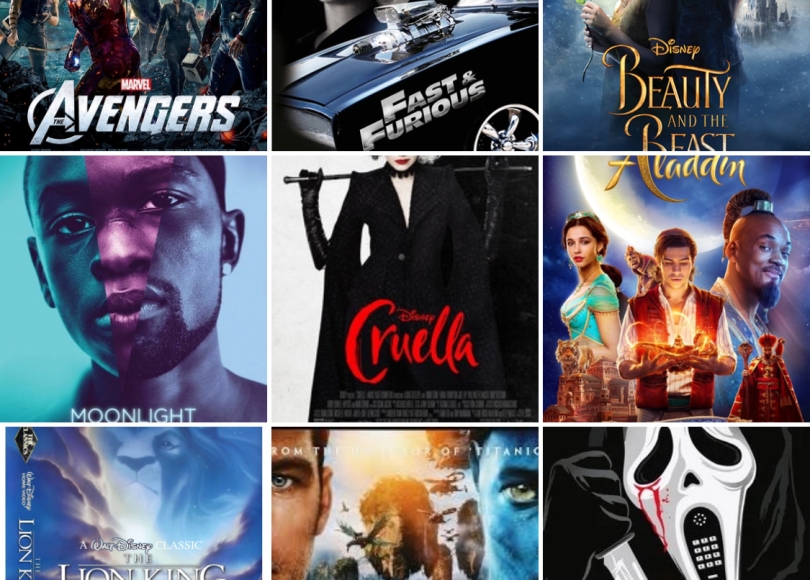 In the chaos of the present, nostalgia can be a sanctuary when we just can’t handle the stress of the outside world. A desire to return to “the good old days” manifests in the media that viewers choose to consume, so it’s no wonder that the top-grossing movies of the past decade tend to be remakes, reboots, sequels, spin-offs, and franchise films about already widely beloved characters. Relishing in the comfort of familiar characters, visuals, and tropes allows a temporary escape from an often crushing reality.

Audiences are hooked on nostalgia, and studios continue to produce incredibly successful movies utilizing or abusing it as a result. Nostalgia is deeply intertwined with 21st-century Hollywood, and examining why it draws viewers in is key to understanding its broader effects.

Lara Tozzi, the film teacher at New Paltz High School, suggests that escapism is a powerful proponent of this attraction to nostalgia in cinema. “As Americans, we’re always trying to look at the past as a better time, falsely so,” she says. “It’s this time that didn’t really exist, these conditions that didn’t really exist.”  So using nostalgia attracts people; nostalgia works in advertising and in film.

As viewers grow older and endure trying times, both personally and in the geopolitical world, chasing after a world that never was is a way to cope. The comfort of the past that audiences crave is the result of muddled memories; the innocence of childhood and adolescence does not change the fact that the world has been in a state of disarray for decades. Rather, this desire to find comfort in nostalgic movies lies in the best of our memories attached to them.

Christine Vigliotti, a senior at New Paltz High School, shared a similar hypothesis as to why audiences keep returning to pastiche films. “I personally think people go to see sequels and remakes so they can feel how they felt when they saw the original,” Vigliotti says. “If it’s an adult seeing a remake of a childhood favorite, they’re most likely chasing after a feeling of youth and simpler times.” Alongside genuine interest, she adds that star-studded remakes or ironic viewing with friends also drive people to watch recycled ideas.

In addition to its comfort, the mass appeal of movies employing nostalgia is unmistakable at the box office. Corporations such as Disney and Universal have taken note that their franchise films, such as The Avengers and Fast & Furious, bring in massive revenue. At the box office, Disney has also made and announced various remakes of it’s classic movies, such as Beauty and the Beast and Lion King, and oftentimes these remakes gross higher than the original movies. For example,  Aladdin (1992) grossed about $504 million, but its 2019 remake made over $1 billion at the box office.

As a result of this, a symbiotic relationship has developed between big studios and “nostalgia-baiting” which is a term used to describe the release of movies that are remakes of classics with the same storyline and characters to draw in large audiences.

“It’s a direct relationship. Movie studios depend on money, and nostalgia brings them money,” says Vigliotti.

However, with the abundance of nostalgia laced into pop culture, it raises the question: Is creative progress being made? When recycled ideas gain the most traction, audiences tend to  pay less attention to new material. Since 2010, Avatar is the only movie to gross number one at the U.S. domestic box office with a completely original story and characters.

There is nothing inherently wrong with this; nostalgia can be a wonderful tool to help bring people together and connect audiences to films, and commercial success does not equate to a film’s merit. However, some argue that this inclination for big studios to make cash-grab movies is resulting in lackluster products.

“Most of today’s remakes and sequels are just mediocre,” says an anonymous student. “Even though movies like Disney’s live-action remakes aren’t always bad, the only reason people are seeing them is because of the original. Hollywood can hire big-name actors in a remake and rake in cash with way less production effort.”

Paired with the often disappointing movies are their massive ad campaigns. Since big-budget studios are producing these widely popular films, they have a much larger capacity for funding advertising. According to Statista, Disney spent 5.5 billion on marketing in 2021 alone. These advertisements are much more likely to reach audiences than the announcement of a film from a well-known but significantly smaller studio like A24.

High attention being put on churning out and advertising nostalgia-bait slows original releases from big-name studios and nearly buries independent films with original stories from the public eye and at the box office. However, outside factors such as awards, social media, and the popularity of streaming services help new ideas reach more people.

Using Moonlight as an example, the winner of the 2017 Academy Award for Best Picture, Mrs. Tozzi discusses how awards can help independent films achieve widespread recognition. “We have these films that may not have initially done well or been very popular, and they’re shown more in art theaters,” she says, “then they’re recognized by something like the Academy Awards,   and we see them back in theaters in a more commercial way.”

While Hollywood suffers from an excess of nostalgia-bait, exemplary instances of nostalgia being used in film have emerged over the past decade as well. Mrs. Tozzi explained how subtlety in sets, costuming, and soundtrack can evoke nostalgia without imitation, using director Wes Anderson’s unique and calculated visuals and often obscure Rolling Stones song choices as a wonderful example of this.

Movies like 2021’s Cruella also show how a classic story could be reworked to create something original and exciting, rather than a 1:1 remake. The costuming, soundtrack, and references to the original story were acclaimed, and its storytelling was better received by audiences than Disney’s typical live-action remakes, scoring a 97% audience score on Rotten Tomatoes.

“Although I don’t think it’s going away any time soon, I don’t think Hollywood is doomed because of nostalgia-bait,” says an anonymous interviewee. “But I really hope that big-budget studios start being more creative with their remakes and franchise films, and make way for independent movies to gain traction and spread new ideas.