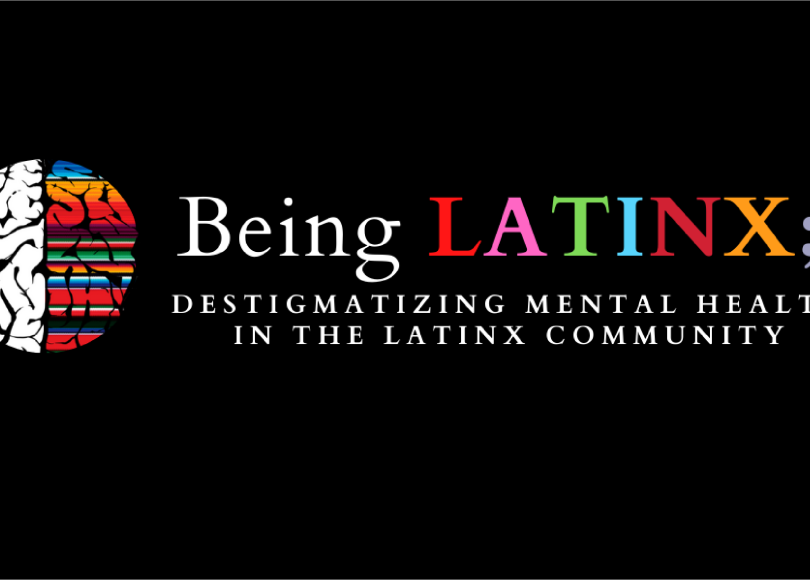 In recent years, there has undoubtedly been a push to have more conversations regarding mental health seeing as, globally, one in seven 10-19-year-olds experiences a mental disorder. And while it is important to have these conversations, there is a glaringly obvious hole–one that is used to push people of color from the conversation entirely.

“Globally, one in seven 10-19-year-olds experiences a mental disorder.”

An intersectional discussion is needed in America to tackle the disparity in how often people of color receive professional help in comparison to their white counterparts, and ultimately, why the expectation is that people of color are more resilient than others–so much so that they don’t need professional assistance to begin with. This racist narrative is what drives people of color away from seeking help in the first place, or engaging in those conversations.

“There is a disparity,” Angela Perez, the school social worker confirms. “Sometimes it has to do with resources, accessibility, and also cultural views surrounding mental health.”

Resources may be limited for people of color due to socioeconomic factors; accessibility to professional resources may be hindered due to means of transportation, and culture plays a significant role in the dismissal and stigma surrounding mental health. Additionally, these factors only serve to add to the layers of trauma and emotional baggage that many people of color carry already, and with no outlet to cope with that, many mental disorders spiral out of control or remain undiagnosed.

A form of trauma being observed is called vicarious traumatization, or the indirect traumatic impacts of living with systemic racism and individual racist actions. Generational trauma is a common plague in households of color as well, which can range from the impacts of slavery and Jim Crow laws, to cultural disciplinary action and gender norms, to unhealthy expectations that drive teens to depression. While each generation has taken a turn carrying that emotional baggage, it does not make it any lighter. It may be assumed that because people of color deal with more, they can handle more. It is assumed that their arms are made for heavy lifting, never that they are exhausted and burnt out.

For most people, thinking about these factors is not a priority because it does not directly affect them. This refusal to listen is what breeds ignorance, which is why Sergio Mercado Nuñez has a strong position on the issue, and an even stronger desire to voice it.

“It’s weird because white people always expect you to act a certain way,” Mercado Nuñez states, “they don’t want you to be aggressive, because if you are aggressive they’ll stereotype you. You can’t be aggressive with white people, you have to pretend like everything’s okay. I just can’t talk about it because if I do, they’re gonna be like ‘ah see, the stereotype, the angry weird Mexican guy.’”

Just like the angry black person, the lazy Latino, the gifted Asian, and wise Native American, racist stereotypes are made to dehumanize people of color by replacing their humanity with false rhetoric that they are one dimensional beings, and thus cannot experience a full range of emotions like white people do, much less struggle from the same mental health issues. People of color know best that the attempt to voice their perspective in a room full of white people is futile, and when they do, they are ridiculed for it. So while there is external dismissal of mental health struggles from white people, perhaps less talked about is the internal stigma in communities of color.

“White people always expect you to act a certain way… You can’t be aggressive with white people, you have to pretend like everything’s okay. I just can’t talk about it because if I do, they’re gonna be like ‘ah see, the stereotype, the angry weird Mexican guy.’”

“[Our parents] were also raised the same, so they think there’s a problem with you, or they’ll blame it on something religious like the devil. They don’t think it’s real…they act like it doesn’t exist,” Sergio explains in relation to generational trauma surrounding Latino households. “If our culture keeps perpetuating the idea that [mental illness] doesn’t exist and we don’t need [help], then it’s never gonna end.

Historically (and presently), the institutions of human resources have never been made for people of color. Black people in particular have had a strong distrust for the healthcare system or anything related to medical assistance, largely due to the fact that those systems were not built for them, and still make it a point to other the black community. In an October 2020 poll, seven out of ten black Americans stated that they are treated unfairly by the health care system, and 55% distrust it.

In an October 2020 poll, seven out of ten black Americans stated that they are treated unfairly by the health care system, and 55% distrust it

“Black people have had self medicating practices for a long time, like if you look at a black religious service, or a typical black church, it’s very self medicating. There are different adaptations that black people have created to treat themselves which are not really professional, but in some ways very wise, and helpful.”

Black history teacher Albert Cook explains this phenomenon, saying, “black people have had self medicating practices for a long time, like if you look at a black religious service, or a typical black church, it’s very self medicating. There are different adaptations that black people have created to treat themselves which are not really professional, but in some ways very wise, and helpful.”

While it may not be a substitute, it is a clear sign that when the resources are not readily available to a group of people, they will take matters into their own hands and create a safe haven for those who understand their struggle.

Moreover, Cook argues that the white norms that are modeled in human resources showcase “a gulf between what professional help thinks is healthy manifestation, or shared morals, values, or ways of looking at the world.”

White people cannot conceptualize black struggle because they do not have to experience it, so when it comes down to receiving professional help, the information being given is not relevant nor is it helpful, and many fail to see how this white-centered system has failed the black community. Many counselors would rather impose their way of thinking on their patient or disregard their perspective entirely. Patients are discouraged from these encounters, and they translate into a lower rate of seeking help for people of color.

America has never been the blueprint of equity, but it is possible to achieve. When conversations regarding mental health arise, it is important to think beyond a white perspective and listen to those who are underrepresented.

“By normalizing mental health as a need, just like any other medical condition, we can create a safe environment for people of color,” Angela Perez says. “When we normalize it, it will make more people aware that it’s okay, and we all go through things and need extra support.”